When we harness the power of all Texas women, we'll realize the true power of Texas. Texas women create opportunities for their futures, their families, and their communities.

Pledge to vote on the issues and for solutions that empower Texas women and families.

Have you signed the pledge?

access to affordable health care and insurance, and the full range of reproductive health care, from sex education and birth control to safe and legal abortion care

well-funded public schools and quality classrooms and programs, from Pre-K through higher education

prevention of sexual assault, domestic and family violence — and support for survivors

WHEN WOMEN ARE PAID EQUALLY FOR EQUAL WORK, TEXAS IS POWERFUL.

Women make up half of the Texas workforce and are increasingly the breadwinners in their families. But the Texas economy isn’t booming for many of them. Nearly 1 in 5 women in Texas live in poverty, and many more still struggle to make ends meet.

Working women are still not paid as much as men for the same work. Overall, Texas women working full-time, year-round are paid 79 cents for every dollar that Texas men are paid. If the wage gap continues to close at its current rate, Texas women will not receive equal pay until 2047. This denial of equal pay for equal work is far worse for African American and Latina women in Texas, who are paid 59 cents and 44 cents, respectively, for every dollar that white men are paid.

Millions of Texas women are denied the right to earn sick or family leave to take care of their own health or a sick child, forcing them to choose between making rent or working while they are sick, or to scramble to find and pay for care for a sick kid. Only 57% of women working in the private sector have the right to earn a paid sick days, and less than half of working mothers have sick days they can use to care for their sick children. More than half of Latina workers and more than 4 in 10 African American women are denied even a single paid sick day.

In addition to being more likely to work in historically underpaid industries, the majority of Texas women shoulder the responsibilities of raising children. Child care is one of the largest expenses in a family budget, often exceeding the cost of housing, college tuition, transportation or food. In Texas on average, a single mother spends 36% of her income on infant child care, and 28% of her income on 4-year-old child care. Even before confronting the costs of child care, pregnant and breastfeeding women are often faced with impossible workplace decisions, with no guarantee their job will be protected simply because they are pregnant or are not able to report to work when they have a baby.

For every dollar a man makes,
a Texas woman makes... 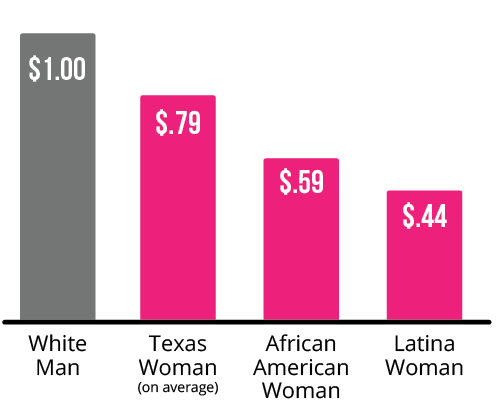 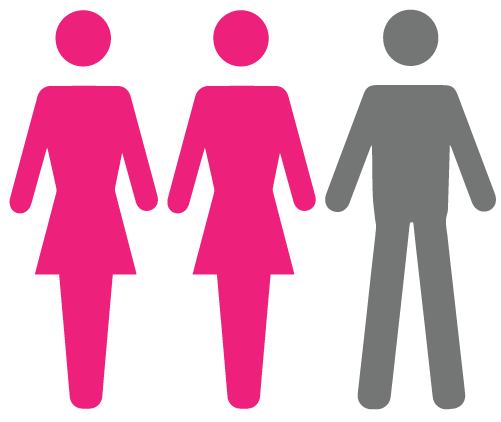 of minimum wage
workers are women 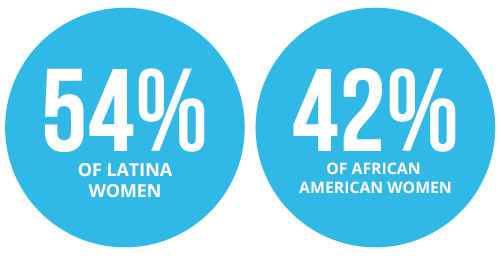 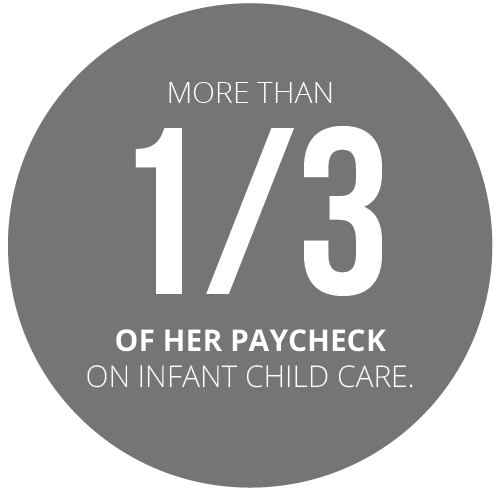 WHEN WOMEN HAVE ACCESS TO HEALTH CARE, TEXAS IS POWERFUL.

Texas women are increasingly being asked to do more with less: pay more for health coverage, travel further or totally forgo access to reproductive health care — all while being paid less for the same work. Higher premiums are out of reach and longer distances are out of range — hurting us all.

For uninsured women, an illness or accident poses a serious threat to them and to the economic security of our state. Because Texas lawmakers have decided not to close the “coverage gap” despite having the federal funding to do so, nearly half a million uninsured Texas women are denied health care coverage. These women are being denied Medicaid coverage yet still are paid too little to purchase a plan through the Affordable Care Act health exchange. Women of reproductive age are the group of women least likely to be insured in Texas: 1 in 3 women between ages 18 to 44 in Texas does not have health insurance.

No decision has a greater economic impact on a woman’s life than the decision of whether or when to have a child. Women experience greater educational and employment opportunities when they are not denied access to reproductive health services. But policies that mandate abstinence-focused sex education, slash family planning funding and shutter abortion clinics have denied reproductive health care — and self-determined lives — to Texas women and families. 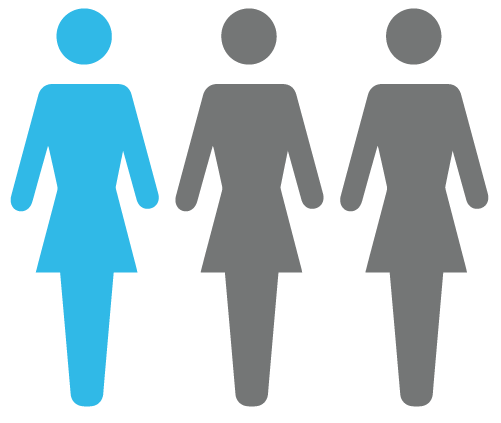 1 in 3 women of reproductive age in
Texas does not have health insurance. 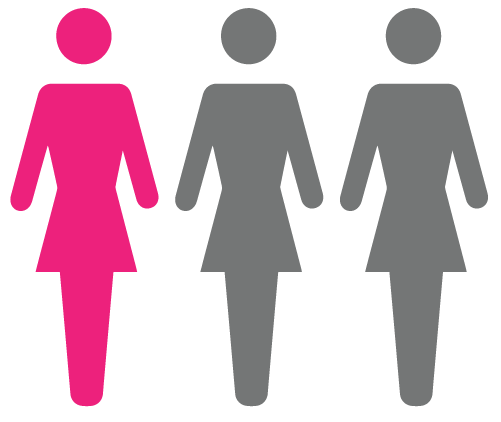 WHEN WOMEN EXPERIENCE THE PROMISE OF EDUCATION, TEXAS IS POWERFUL.

Education is the foundation for economic empowerment and the pathway to better paying employment.

We must invest in education today for better outcomes tomorrow. More than 1.7 million children, 25% of Texas children, live in poverty, and 60% of all students in Texas schools are low-income children — and that number is growing.

Quality classrooms and programs, from Pre-K through college:

It’s critical for more women to move successfully through the education pipeline to secure economic furtures for themselves, their families and communities. Among the hardworking women leading low-income households in Texas, more than half struggle to make ends meet without a college education. Because women are denied equal pay for equal work, student loan debt compounds the financial hardship for women seeking access to educational opportunity. 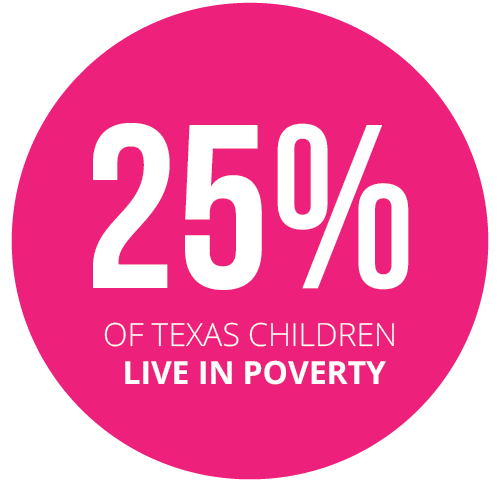 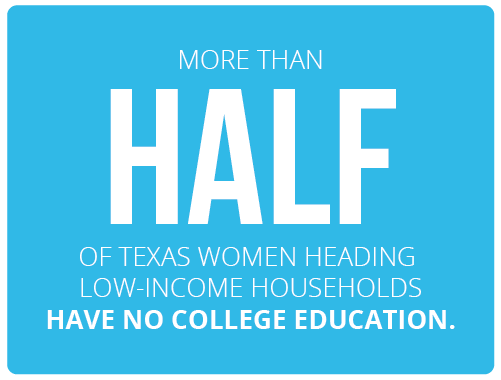 WHEN WOMEN LIVE FREE FROM VIOLENCE, TEXAS IS POWERFUL.

Domestic violence, sexual assault, and other forms of violence against women deprive women of their fundamental right to live in safety and without fear in their homes and communities.

Prevention of sexual assault, domestic and family violence — and support for survivors:

Beyond the immense and unquantifiable human, emotional and physical effects, violence against women has an enormous economic impact on women and their families, from medical expenses, police and court costs, child and foster care, housing issues, loss of employment, unpaid leave, and decreased productivity.

In Texas, 1 in 5 women have been sexually assaulted in their lifetime. The vast majority — 80% — of sexual assaults are committed by someone known to the victim. More than 1 in 3 women — 38% of Texas women — have experienced intimate partner violence in their lifetime. Too often victims must choose between staying in an abusive relationship or facing economic hardship if they leave. 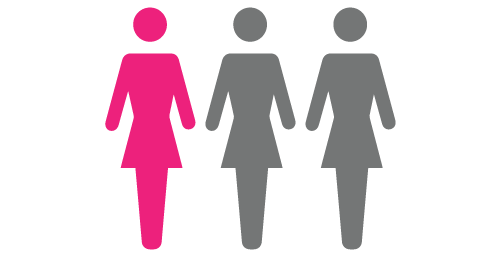 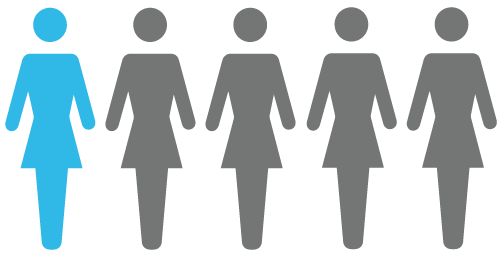 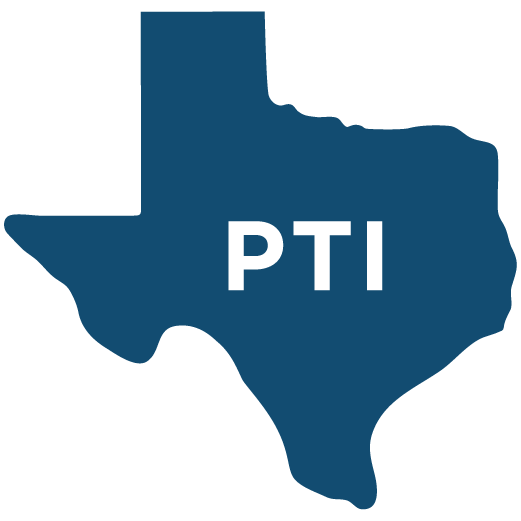 Find out more about who we are